Home » News » A blogster writes: After the storm

A blogster writes: After the storm 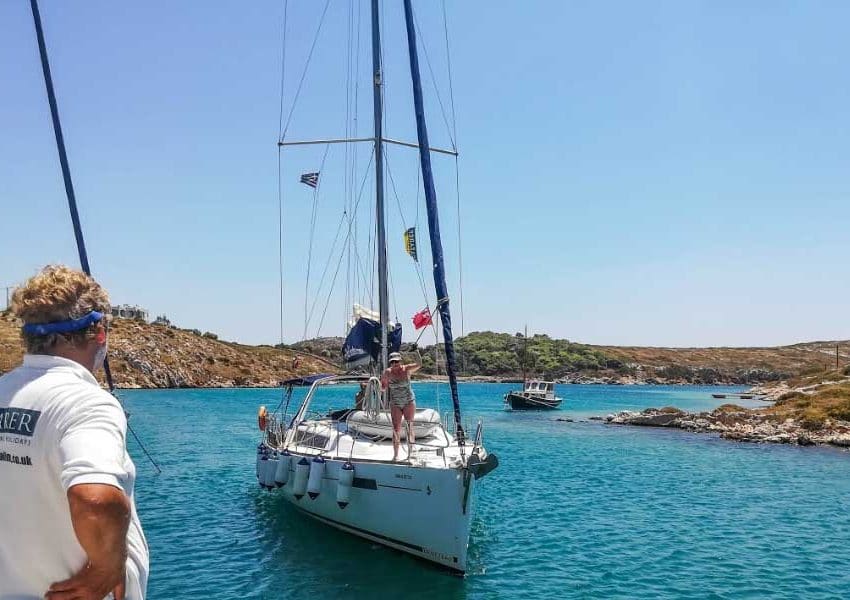 A blogster writes: After the storm

Yesterday evening at around 5.30 the sea suddenly changed. Gone was the flat gently swirly millpond of translucent water, replaced by a chop of waves as the wind backed towards the east across the inland sea. People sensibly started leaving the water and the 9-strong Nikiana beach crew, under the direction of beachmaster Rabbie, moved into action like a well-oiled machine.

The beach club prides itself that, should the occasion arise, it has enough craft to put every guest on the water at the same time. Because it attracts a good standard of sailor it also has some pretty hi-spec kit – top of the range Lasers, an RS100 and an ALTO to name but a few. All in all, between dinghies, windsurfers, SUPs and Kayaks, a fleet of 50 or so craft can be afloat.

So last night, as the waterfront closed, everything had to come out of the water. It took some impressive team-work. Sometime after midnight a full moon that had given golden illumination to the white horses topping waves in the bay, vanished behind clouds and the wind got up. It was, by any account, a ‘bit of a blow’. 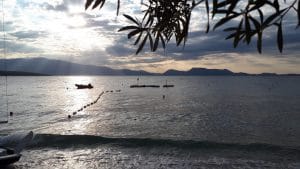 It meant that, come this morning, many off us awoke to the view of a mast outside our balcony window. Coming down to breakfast we had a most unusual Nikiana scene – an empty bay. But before long the beach crew were back getting boats afloat in the sunshine. With an uncertain forecast however, it will be the same routine tonight.

With the Greek weather Gods up to a little mischief it seems to be an appropriate time to introduce you to ‘The Naughty Niki’, this season’s house cocktail. Sci-fi fans have also been known to call it The Red Dwarf.

It’s a G&T pimped-up with strawberry pulp, pomegranate juice and a wedge of lime that makes for a tincture of substantially moreish finesse. The trophy wife suggested it was possibly rude to have dived into one before the sun was over the yardarm – but with pressures of publication deadline looming what other choice has a blogster got! Sharpened the appetite perfectly too. Sadly the measure is not quite as big as it looks in the photo, being foreshortened by Android camera.