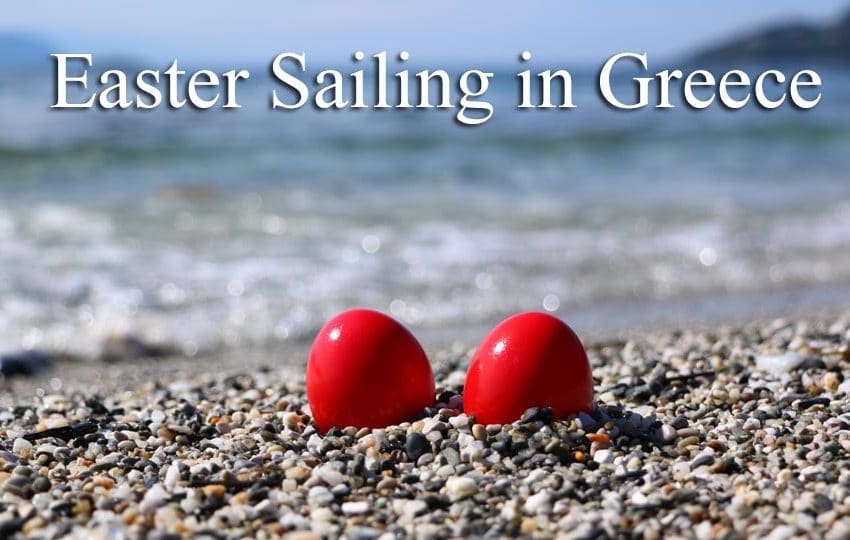 Apart from being probably the most important Christian festival of the year, Easter can also mark the beginning of the summer sailing season in the Med. If you are considering early season sailing in the Greek Islands, what makes this Easter rather special, is that Easter for both the Eastern and the Western Christian churches coincides. This only happens once every four years and it is especially notable because the Easter festivities of the Greek Orthodox church are probably the most colourful and interesting you will find anywhere.

That’s why we have decided to operate an Easter flotilla in the Ionian this year starting in Corfu, an island especially noted for its colourful celebrations. We start on Good Friday, which is a holiday for many, with a flight to Corfu and the check in formalities on your yacht. 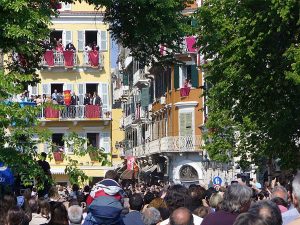 That evening proceedings begin with the Epitaph, a solemn but colourful occasion, with a procession  attended by absolutely everyone, lead by the flower adorned Epitaph accompanied by local dignitaries, a military guard of honour, brass bands and the entire population all holding candles. Saturday morning sees a rather bizarre ritual in the narrow streets of the old town of Corfu, where large ceramic jugs of water are flung from the balconies, shattering all over the narrow streets. It really is ‘smashing fun’ and  It’s not as dangerous as it sounds as the appropriate sections are cordoned off so that spectators are safe.

The Corfiots love there brass bands and they come out in force in their smart colourful uniforms on any excuse, with Easter being especially important on their calendar  and very accomplished they are too !.

In the run-up to  midnight, literally  everybody takes to the streets again as midnight is the symbolic marking of the resurrection of Christ and on the stroke of the hour it is complete 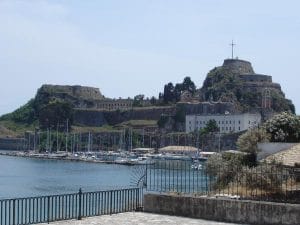 pandemonium with fireworks and hugs and kisses all round  Take your candle or lantern, as everyone takes the holy light home (which is brought all the way from Jerusalem)   Since many have been fasting over lent, the locals then  go and eat a traditional Easter soup, before retiring for the night to be ready for Easter Day.

The only way to describe Easter Sunday in Greece is as an all day party of eating, drinking, singing and dancing. It’s a time for families and friends to come together, eat drink and be merry (and I mean really merry !). We shall do a
little sailing for the day before our Easter party that evening, which will, among other things feature traditional red painted eggs as well as spit roasted lamb and all sorts of other local delicacies.

Sailing in the Ionian is always wonderful, but if you are free this Easter, we could not think of a better way to mark the start of the summer sailing season